Skip to content
An Overview of U.S. Immigration at 100 Days of the Biden Presidency 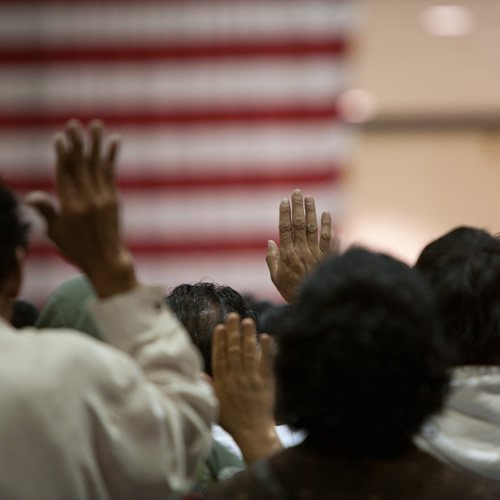 An Overview of U.S. Immigration at 100 Days of the Biden Presidency – Part I

Even before there was a country called the United States of America, immigration has been an issue of vital importance to policymakers and citizens alike. During this time, immigration flows and policies have varied widely to meet the needs of a growing nation and our evolving American identity. In 2021, America is passing through a tumultuous period when this identity is being widely debated, and immigration remains an issue of vital importance to almost all Americans. As we take stock of this issue over the first 100 days of the Biden presidency, let us first consider the immigration environment he inherited.

Even by the standards of restrictive policies from past centuries, the past four years (2017-2021) witnessed some of the most severe immigration policies in U.S. history. According to experts, the previous administration made well over 400 separate changes to U.S. immigration law, the overwhelming majority of which were aimed at restricting and curtailing legal immigration and dramatically enhancing enforcement related to illegal immigration.

Extreme vetting, travel bans, the wall, criminalization of asylum requests, harsh family separation policies, and an unprecedented expansion in enforcement actions were just a few of the most well-known measures. Changes big and small were made through essentially all areas of U.S. immigration policy. One measure which captured the overall mindset behind these actions was the January 2019 decision by U.S. Citizen and Immigration Services to simply remove the reference to “America is a nation of immigrants” from its mission statement. The net effect of all of this globally was to grievously undermine America’s leading status as the nation of choice for top global talent and investment, and as a refuge to those facing persecution in their home countries.

Compounding this trend, the COVID-19 pandemic resulted in multiple additional travel and visa bans, including banning travel from many countries that do not require visa for travel such as those of Western Europe. Perhaps no other step was more decisive, however, in restricting legal immigration than the decision in March 2020 to suspend virtually all visa operations at U.S. embassies and consulates overseas – a situation that remains largely unchanged even now.

The result was an incredible 95%+ reduction in most legal immigration visa categories, as well as dramatic drops in international student visa enrollment, international tourism, and foreign direct investment in the U.S. The harshness and brutality of enforcement and detention of illegal immigrants, however, made the hardships of those awaiting legal immigration pale in comparison.

Candidate Joe Biden pledged to reverse these policies from day one, and to create a “fair, humane, immigration system”. While immigration was not as high profile an issue in the 2020 election as in 2016, there was no doubt that immigration policy remained one of the most polarizing political issues in America. Despite the strident rhetoric of some against immigration, however, polling from mid-2020 shows that 77% of American’s believe immigration is good for America.

So, now that Joe Biden has taken office, has a majority in both houses of Congress, and is approaching his first 100 days, it is a good time to reflect upon his progress on immigration. In my next blog, I will consider progress to date, obstacles that remain, and the prospects for the first time in many years of comprehensive immigration reform.